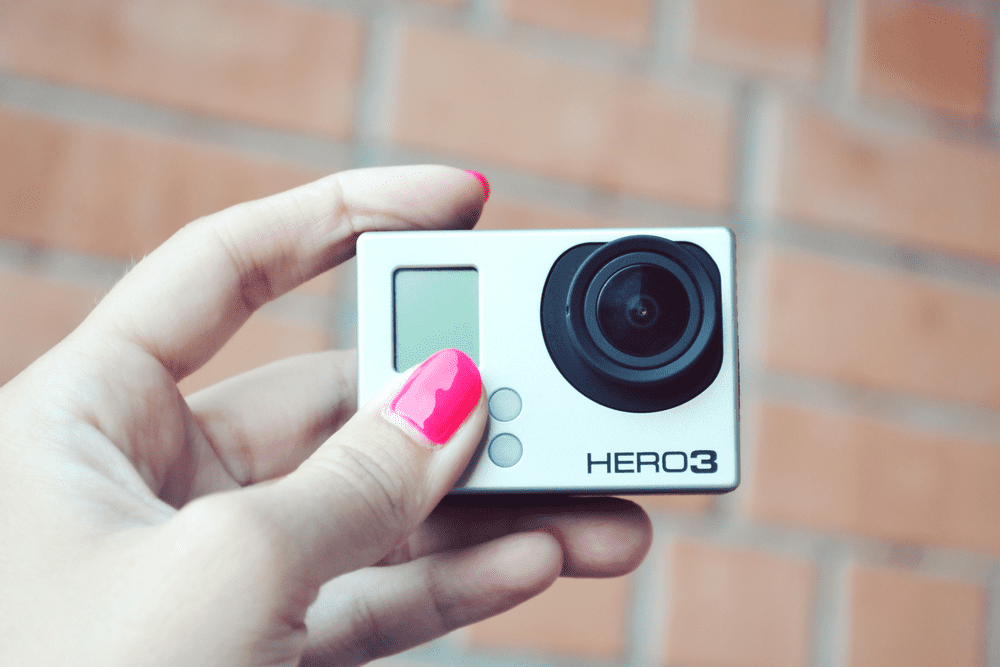 In the realm of action cameras, none have been so impactful, important and informing than GoPro. Today we will evaluate the merits of the still staggering GoPro 3 as it compares to the latest updates of the GoPro Hero 4, GoPro Hero 5, and GoPro Hero 6. It is still a solid contender, and the recent discounts are hard to beat for most interested consumers.

From the beginning, these cameras have illustrated the outright power of portability and durability when applied to the growing desire for documentation in our YouTube and online-centric world. In addition, the exceptional support gear that also follows this famous camera has, time and again, proven to be user-friendly, versatile, and exceptional for users of every pedigree.

From hiking to swimming and everywhere in between, GoPro is an indomitable force in the action camera spectrum. But as years continue to pass and new technologies appear, is it worth buying the latest in the GoPro line, or are you better off taking a discount and buying a decent GoPro from a couple generations ago?

Newer models continue to push the envelope with innovation as developers come to recognize more and more ergonomic considerations for daily camera usage while advancements in technology help cultivate new and exciting leaps in picture quality and aesthetics. You can find the GoPro 3 camera only for just under $100, which is quite a bargain considering the powerful fight it keeps up against its 4, 5 and 6 updates.

What Is the GoPro Hero 3?

The GoPro Hero 3 is defined as an ‘action cam.’ What this means by definition is that this camera outputs footage in HD or higher from a small and very portable camera. In this degree, it is a camera meant to go where you do, which is why we happily consider this camera great for diving. The GoPro 3 and GoPro 4 are not waterproof without the housing, so don’t ruin your brand new camera by testing them in the water. The others are waterproof without a housing for up to 30 feet.

Image by Francesco Paggiaro via Pexels

If you are looking for a camera to document your land and aquatic experiences, you can do no wrong with any of the GoPro line cameras. It is a sturdy camera and, although it is 5 years old now, it still maintains astounding versatility and strength, even in today’s hypercompetitive camera market. Its resolution still remains exceptional and its features are still cutting edge even as we move into GoPro models half its age.

The GoPro 3 boasts twice the sharpness of its predecessor. It specs net out as:

It is all housed in a 60mm wide by 40mm tall and 20mm deep body (without the waterproof casing) and weighs just 74 grams. It is not waterproof without the case and additionally benefits from the outer case for durability in major crashes and incidents. It offers built-in wifi, an internal screen and a huge range of functions easily managed from an app internal to your phone.

Image by Gabriela Palai via Pexels

For a comparison of your costs versus benefits, we have compared the qualities of the GoPro 3 against the followup 4, 5 and 6 models. More often than not, each new iterations will be across the board updates that come as higher economic costs. The GoPros we are reviewing are:

The external buttons can occasionally be frustrating but with the wifi interplay with your phone, this camera can be intuitive to operate fairly quickly.

Without the built-in waterproofing, touch display, or the added megapixel count of the ensuing GoPro models, the GoPro 3 is not a standout, but it definitely stays in the race.

Again, this camera earns most of its power when housed inside of its waterproof casing. Without this, don’t be tempted to put this camera underwater or drop it.

You can purchase a 3 and 4-year warranty for the GoPro 3 for approximately $10 and $13 consecutively.

As we move further down the line of GoPro iterations, the GoPro 4 represents a logical leap in progress from the GoPro 3. In terms of size and functionality, the two are similar. But there are a few marked differences that make up for the price differential between the two cameras.

For starters, 4k has seen an upgrade as you can now shoot 4k at twice the frame rate of the GoPro 3. The slow-motion recording has seen a boost as well, where now this little camera can record 120 frames per second in HD 1920 X 1080. Today we’ll focus on the black edition which does not include the LCD touchscreen that the silver edition does.

Without the touchscreen that the black features, the functionality is largely similar to the interface of the GoPro 3.

The additional frame rates, versatility, and sturdier 4k are all great, but in terms of adding truly new and groundbreaking features, the GoPro 4 is not technically revolutionary.

One benefit of not having the touchscreen is that the camera is significantly more durable and capable of handling better harder falls.

Amazon sports an automatic 30-day guarantee for this camera.

Again, the next installment of GoPro moves the goalposts in nearly every way. For starters, this is the first iteration of GoPro that is waterproof without the housing, which is made even handier because it comes prebuilt with a touchscreen. This means that even in water you can compose and interact with your shot without a cumbersome exterior case.

The voice control features add a whole new dimension of usability that the previous cameras haven’t featured so far. Where the GoPro 3 and GoPro 4 seem like obvious upgrades of one another, the GoPro 5 is the invention that flipped the script and set about revolutionizing the action camera industry.

​Built-in touchscreen, underwater functionality without a case, voice command, and still wifi functionality all unite to grant you total creative control over this exceptional camera.

At no sacrifice to the already exceptional quality of the GoPro 4, the GoPro 5 simply blows its competition out of the water, literally.

Drop it in the water or in the snow, mount it to a car; whatever you do with this device, it can handle it and still grab the footage you need.

You can acquire accident coverage for this camera for about $34 and $39, respectively.

The undisputed champion of this list, the GoPro Hero 6 is without a doubt better in every way than its predecessors, but at a distinct cost difference. It appears similar to the GoPro 5 and maintains the waterproof and LCD touchscreen qualities. The areas where this camera stands out are in processing and imaging.

It can handle up to 240 frames per second in HD for an absolutely stunning slow motion and is the master by a longshot of lowlight. Meanwhile, the GoPro Hero 6 also features lovely upgrades like touch zoom functionality. Differences exist between the 5 and the 6, but you might need to squint to discern them.

With the added touch zoom feature and the simplifying of internal settings, it is the best camera on this list for simplicity, hands down.

This is the GoPro 5, only with added features. For that reason, it is the most outstanding camera we have featured on our list.

The GoPro 6 is a sturdy camera without a doubt, but keep in mind an added touch screen is one weak point that may crack under too much pressure or duress.

Conclusions on the GoPro 3

Image by Luis Quintero via Pexels

No matter what GoPro you purchase, you can expect a quality camera that will generate exceptional footage. With every new incarnation, the action camera market is revolutionized and taken to the furthest it can go, only to be upended by a new installment in the GoPro line. We thoroughly endorse anyone considering purchasing the GoPro 3.

Even as newer cameras come to light, the older generations like this one retain their value and will do so for years to come. It still shoots 4K video, can be made to be waterproof, holds data on the same style cards as later iterations, and can handle trauma with the best of them. If added features are your thing, though, and you are enticed by the value of touchscreens, built-in waterproofing, and voice activation functionality, we happily recommend the GoPro 5 or GoPro 6.

In fact, the only camera we really don’t recommend on this list is the GoPro 4. It is without a doubt a great camera, and if you can find it for a deal, go for it, but as it is featured online for nearly double the GoPro 3, the economy-minded consumers should just stick with the very similar GoPro 3. If, however, you do come across some expendable income; we advocate for the exciting 5 or 6 models.

As there is very little difference between the 5 and 6 on any avenue other than price, our pick goes to the 5, which behaves mostly similar to the 6, but sacrifices only a few non-essential functions for a much more favorable cost. With all of that in mind, we give the GoPro 3 (ironically) 3 stars. It is an exceptional camera for the cost and will surely provide you quality footage for years to come, should you make the plunge.

link to Why Does My Wetsuit Fill Up with Water?

Why does my wetsuit fill up with water? This is a question many water sports enthusiasts might have asked. That’s because this diving outfit is designed to get you wet, not to isolate your body...

Continue Reading
link to Why Are Wetsuits So Expensive?

Wetsuits are certainly the most essential piece of equipment needed for scuba diving. But, you might be surprised to find that these suits can get quite expensive—some as high as four digits! So...

Hi! I am Vance, and I am the founder here at Diving Info.