The Most Important Hand Signals To Know When Diving

Now, as much as we’d like to be hip underwater, there aren’t any cool hand signs to use in place of these. Since there are only so many ways to communicate, limit yourself to the diving signals you know and don’t be afraid to seek help if you need it.

Now, let’s get right into them. The “OK” signal is made by curling the forefinger and thumb into a loop, then extending the other three fingers outward. As the most basic hand gesture, you’ll be making this signal a lot to conform to other divers that all is well.

Many other signs prompt you to either respond with this or provide another direction, so it’s the very first one you should learn. Do not mistake this hand sign’s meaning for anything else – the OK hand sign is the only acceptable way to signal that everything’s fine.

The counterpart to the first sign, this one is made by flattening your hand and gently wobbling it from side to side. Some people do this in conversations above the waves to signify that something is rather blah or limited. In most cases, the use of this sign should be followed by pointing to whatever the source of the problem is.

For example, if you see a boat approaching in the distance, you might signal a problem, point forward, then tell everyone to dive. On the other hand, if you have a problem with ear equalization, you might follow this signal by pointing to your ear. This problem is so common that every single student is taught it before they dive, and there’s a great guide to the subject here.

Done as a simple “thumbs up” with the thumb extended and the other fingers curled, this signal is not to be confused with the friendlier “OK” sign. Many people consider this to be the single most important sign in diving, and there’s a simple rule attached to it: Any diver can end the dive at any time by making this gesture.

The diver does not need to provide the reason for this – in many cases, it’s hard to adequately communicate the reason underwater anyway. Instead, when someone makes the signal, things are over. It doesn’t matter if you planned to be down longer or still want to look at things.

This is a critical safety rule and ensures that people aren’t pushed beyond their limits. In many cases, you can go right back down after ascending, especially if you weren’t very deep. Even so, always end the dive when this signal is given.

The counterpart to the previous signal, this hand sign is a simple thumbs-down and indicates that everyone should be ready to descend. Each member of the group should already know approximately how far you’ll be descending at each stage.

If you’re new to diving, it can be hard to adequately judge your distance from the surface, though certain diving tools can help with that. Be sure to follow instructions and keep an eye on how deep they’re going until you’ve ingrained the experience.

This is another of the essential hand signals for diving. Some people choose to perform it with an upraised palm held in the air. However, most agree that it’s better to perform the stop hand signal using a clenched fist with the palm pointing away from the body. The latter is a “response” signal – if you see it, you should also stop and hold up the signal until the leader provides further direction.

This makes it easy for an entire group of divers to stop at a moment’s notice. It also focuses attention on the leader of the group, allowing them to quickly communicate a change in plans. This could be used to indicate a problem – such as by giving the ‘Ascend’ feature – or it could be used to point out a particularly interesting feature under the waves. Either way, if you see the stop hand, obey it.

This is a two-part signal. First, the signaler points towards their eyes with their index and middle fingers, and then they point towards something with their index finger. Instructors often use this to get students to look at them before they demonstrate something, such as interacting with plants or using their equipment.

This signal is often followed by the OK signal to show they you saw their signal and are looking. 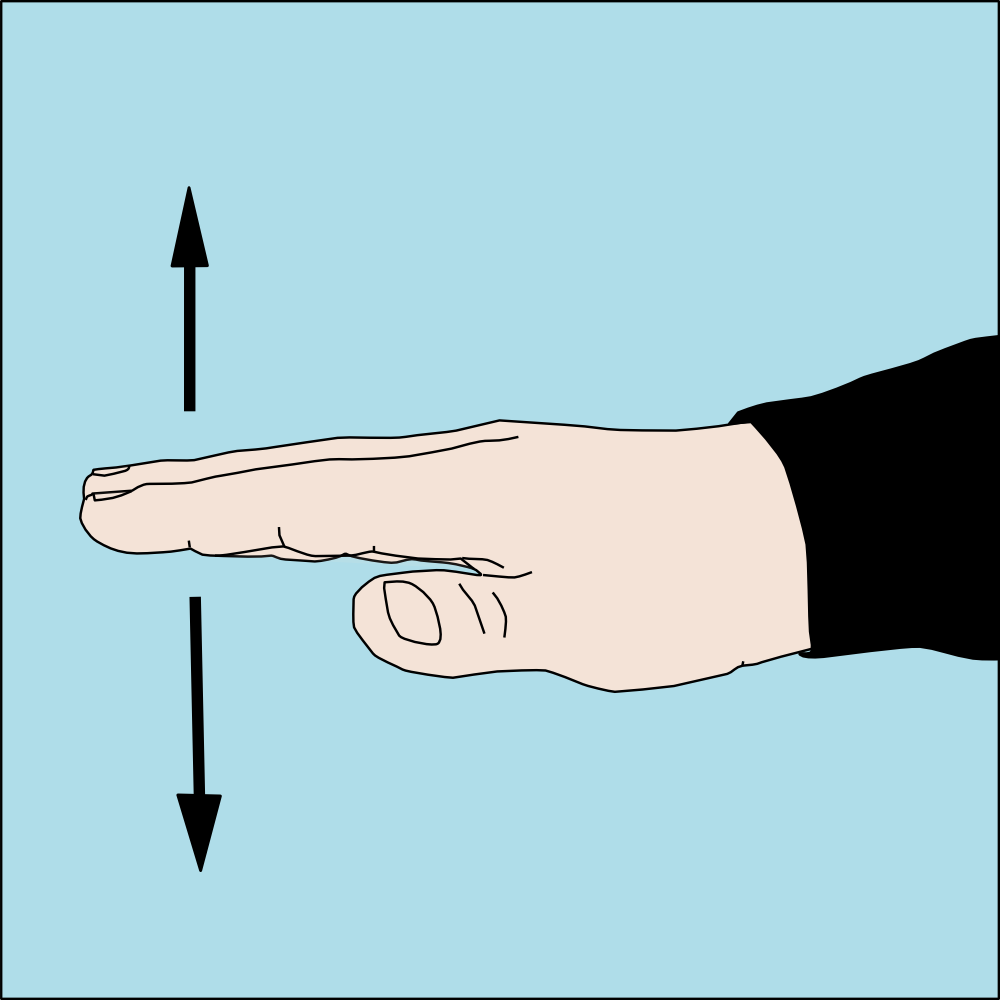 In many ways, this is a ‘fun’ signal. Divers tell others to slow down by flattening their hand (like they’re making the ‘Problem’ signal), then slowly moving it down. This is used to tell other people to relax and enjoy the trip instead of rushing ahead.

There’s a safety component to this. While it’s true that relaxed dives tend to be more fun, swimming too fast and too long can lead to hyperventilation and other dangers. When you have limited oxygen, that’s a genuine threat. For more information on this, see the Respiratory Problems section of this diving guide.

Sometimes referred to as “Level Off”, this hand sign is made by flattening the hand, then sweeping it from side to side. It’s visually distinct from the “Problem” sign, and it’s used to tell other divers to remain at the current depth.

The main difference between this sign and the ‘Stop’ signal is that this signal permits you to keep swimming as long as you don’t go any deeper.

This hand signal involves flattening the hand vertically (thumb on top, pinky on bottom) and pointing at a place with all five fingers. Whether this is a suggestion or an order depends on who’s in charge of the dive. It can also be used to tell others that you’re going a short way’s away (if you point to yourself first), but you should remain in sight of your dive mates at all times.

Always use the whole hand for this signal. This makes it more distinct than the “look” signal. 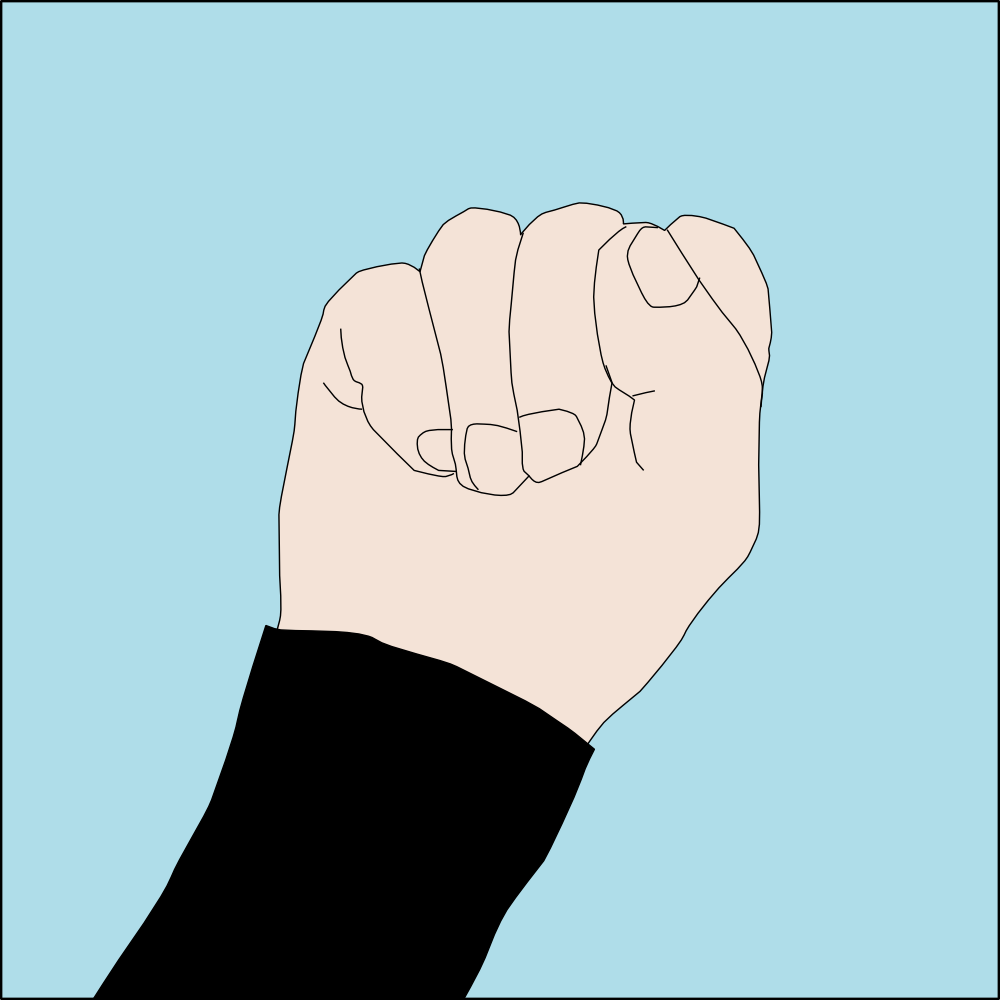 With this hand sign, all you need to do is put a clenched fist against the middle of your chest. Despite the name, this entry on our list of hand signals is almost never used to indicate a problem or emergency. Instead, it normally means that the diver has reached a certain tank pressure and it’s time to go back to the surface. The End Dive signal usually follows this sign.

While it’s unlikely you’ll need to use this signal, it’s still taught in the event of an emergency. This signal is made by slashing across the throat with a flattened palm and indicates the need for immediate access to their buddy’s alternate air-source regulator. At this point, both divers (and, usually, the rest of the group) should immediately use the End Dive signal and ascend at a safe pace. 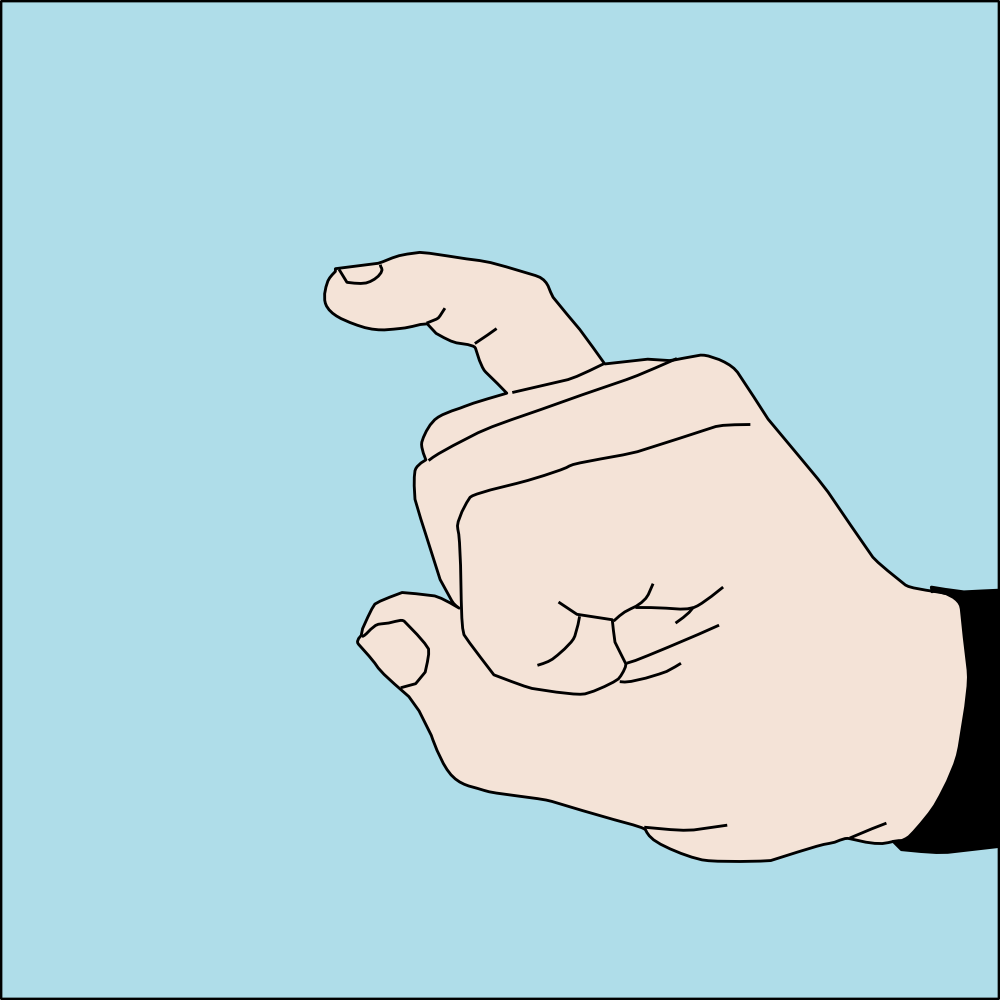 A Safety Stop is when the whole group pauses to check things over and ensure their equipment is in good condition. It’s usually performed by holding up several fingers under the level-off sign – three minutes is the most common, but amateur groups may take longer. For obvious reasons, diving hand signals numbers rarely exceed five.

During a safety stop, the entire group should remain at the same depth and nearby.

This sign is quite simple – it’s made by crossing the arms and rubbing the upper arms like the diver is trying to warm up. Don’t tug on your suit too much because the warmth isn’t likely to transmit through it.

Cold can be a serious problem underwater. It slows the elimination of nitrogen, reduces motor skills, and in many cases, impairs reasoning. If someone signals this, they and their buddy should end the dive and return to the surface. It’s not necessary for the entire group to end the dive.

Finally, the question signal is an important modifier, and it’s made by extending and crooking the index finger to resemble a question mark. This is used as a preface for other questions. For example, Question-Stop is asking if the group should stop in place, Question-End Dive is asking if the group should finish, and Question-Low On Air tells everyone to check their tank reserves. 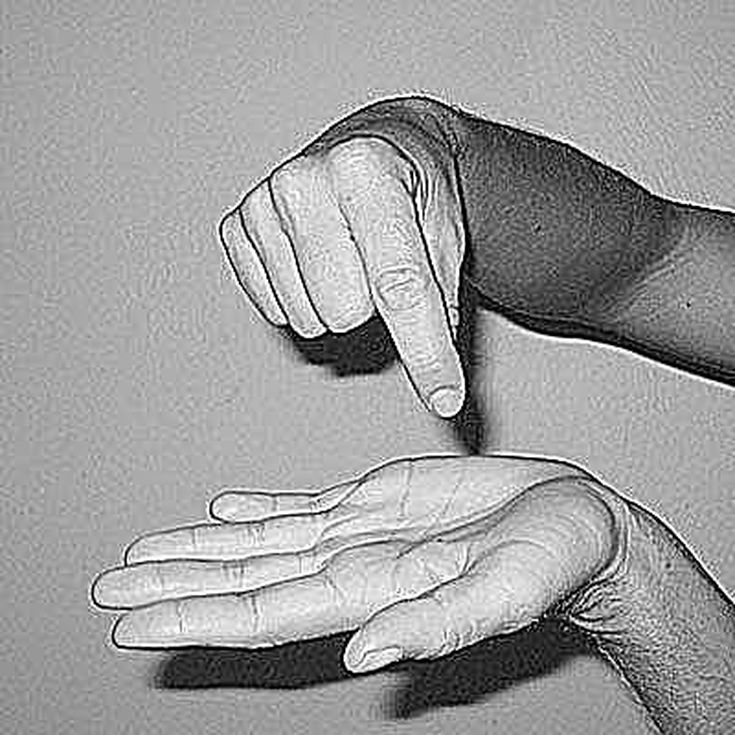 Finally, the Write It Down signal is made by mimicking the use of a pencil or pen over the palm. There are times when the scuba hand signals described here aren’t enough to communicate something, and when that happens, writing it down is often the best solution.

For this reason, at least one person in every dive group should have an underwater notebook or slate, as well as a compatible item to write with.