Locating the Best Cave Diving Locations in the World Cave diving is an underwater sport that involves the exploration of subterranean, water-filled caves. While it is often practiced as a form of extreme sport, it is also practiced by scientists and research teams interested in making new aquatic discoveries. For scuba divers, cave diving is seen as on the riskiest, yet most rewarding, experiences that a diver can have.

All around the world, there are caverns and caves the extend far below the sea. These orifices are prime locations for underwater exploration by veteran divers. Their natural beauty and exotic allure bring divers from all stretches of the earth to explore their depths.

However, there are so many beautiful cave diving locations that it can be easy to lose track of them. To make it easy, our experts have come up with a list of the top cave diving sites on earth. With each location, we specify its level of suitability for the novice or intermediate-level divers. 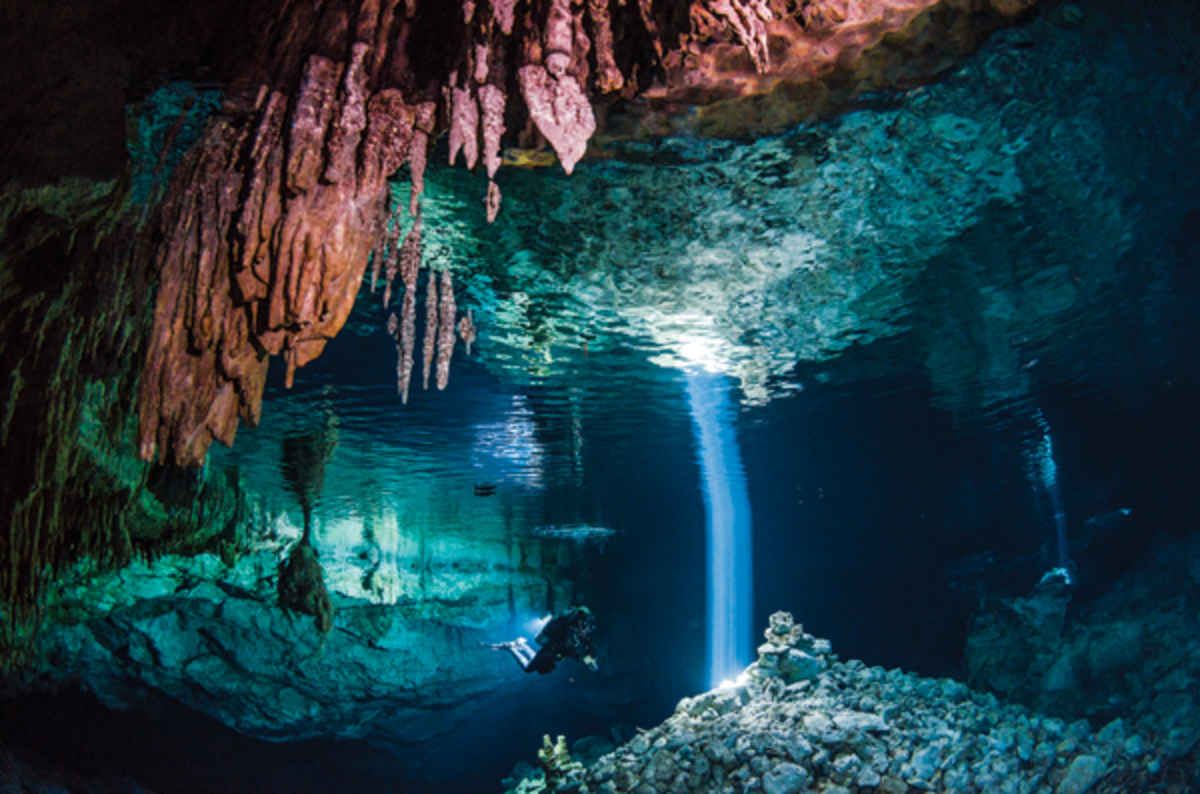 Underwater cave diving is a risky endeavor, no matter how much experience you might have. Even the most seasoned deep-sea divers often fall victim to the perils of cave exploration. For example, the South African diving prodigy, Deo Dreyer, tragically lost his life in 1994 while exploring Bushman’s Hole.

Clearly, tragedy can strike anyone who makes the decision to embark on a cave diving adventure. While most cave dives are safe for divers, it must be emphasized that cave diving is a sport that is full of risks and safety hazards. In short, it is not for the faint of heart.

“Is diving dangerous?” This is one of the most commonly asked questions we receive on a near-daily basis. In short: yes, cave diving is an extremely dangerous pastime that must only be attempted with extensive training and diving experience under one’s belt.

The top risks assumed when cave diving include running out of oxygen, physical exhaustion, violent encounter with aquatic life, becoming lost, and decompression sickness. It is no secret that cave diving is a potentially dangerous endeavor that should never be taken lightly.

A History of Cave Diving

Cave diving first became popular as a sport in Florida and the United Kingdom, where access to beautiful caves and grottos are commonplace. In 1936, the first internationally sanctioned underwater cave dive took place in the United Kingdom. For decades, the UK remained the diving capital of the world until the 1970s when its popularity boomed in the United States.

In recent years, the rise of sports caves and resort caves in the Caribbean and West Indies have caused cave diving to become a luxury hobby. Many wealthy divers from around the world tour exotic locations to find untapped caves and to find greater underwater challenges. Today, dozens of countries around the world have official cave diving organizations.

Eagle’s Nest is also home to at least ten deceased divers since the early 1980s. Obviously, Eagle’s Nest is nowhere near an entry-level dive. In fact, it should only be attempted with the aid of a guide, a support team, and loads of heavy-duty training. When diving Eagle’s Nest, never take any unnecessary risks or chances. After all, your life is at stake. 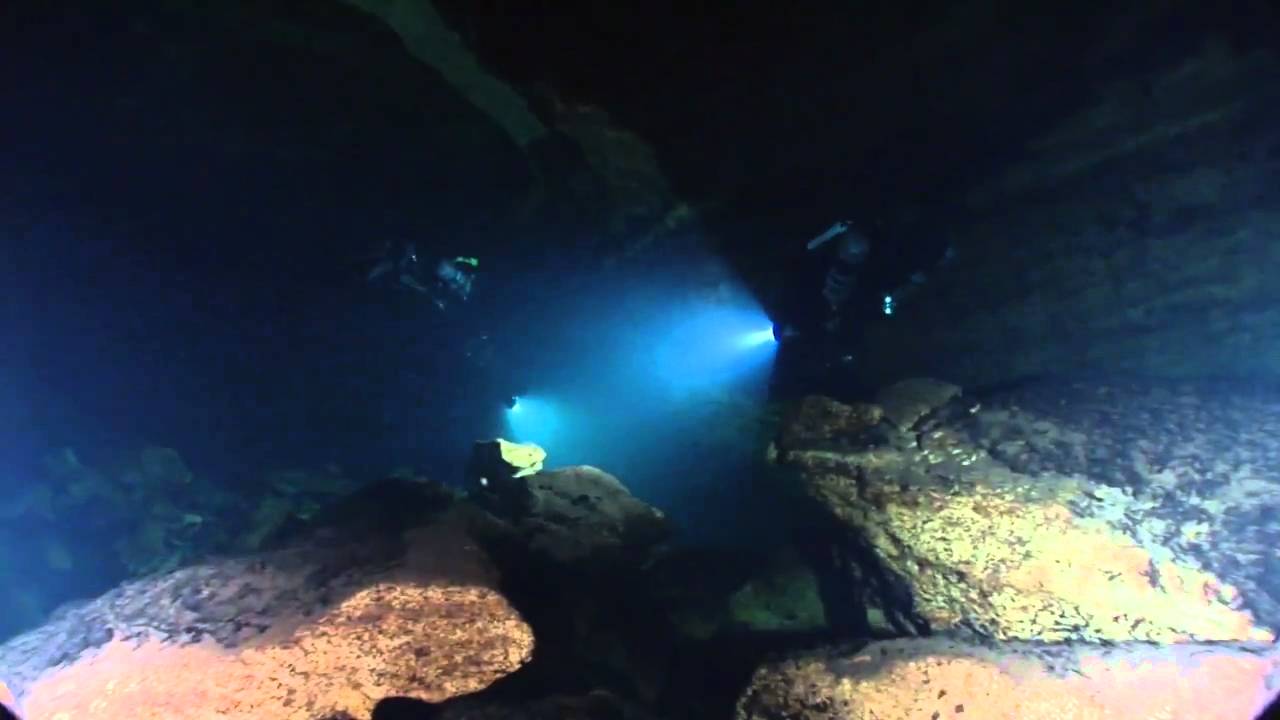 Bonaire is a remote island in the Caribbean Sea. It is home to a series of high-level scenic sports caves that are unrivaled in their natural beauty. The island features an extensive underwater cave system of over 400 unique caves and caverns. These clear-water caves are suitable for divers both intermediate and advanced.

If you are looking for a tropical cave diving experience that is sure to inspire awe, Bonaire is certainly the location for you. Plus, the capital city of Kralendijk is only minutes away from prime diving locations. This makes overnight accommodations a breeze, which ultimately makes Bonaire one of our top resort destinations for cave diving.

Cenote Angelita, which translate to “Little Angel” is a Mexican cavern formed by a massive rock collapse. It is nearly 200 feet deep and filled with lush vegetation. Since it is not as deep as other nearby caves, it is an excellent choice for intermediate divers who are looking to make next step in their diving careers.

This Mexican cave is a true natural beauty. It is a halocline, which means that it is filled with both fresh and saltwater as there are several shifts in the salinity of the water throughout the cave. In fact, the deeper you dive the most concentrated the salt water becomes. Near the surface, however, the water is fresh and clearer. This makes for some interesting optical illusions. 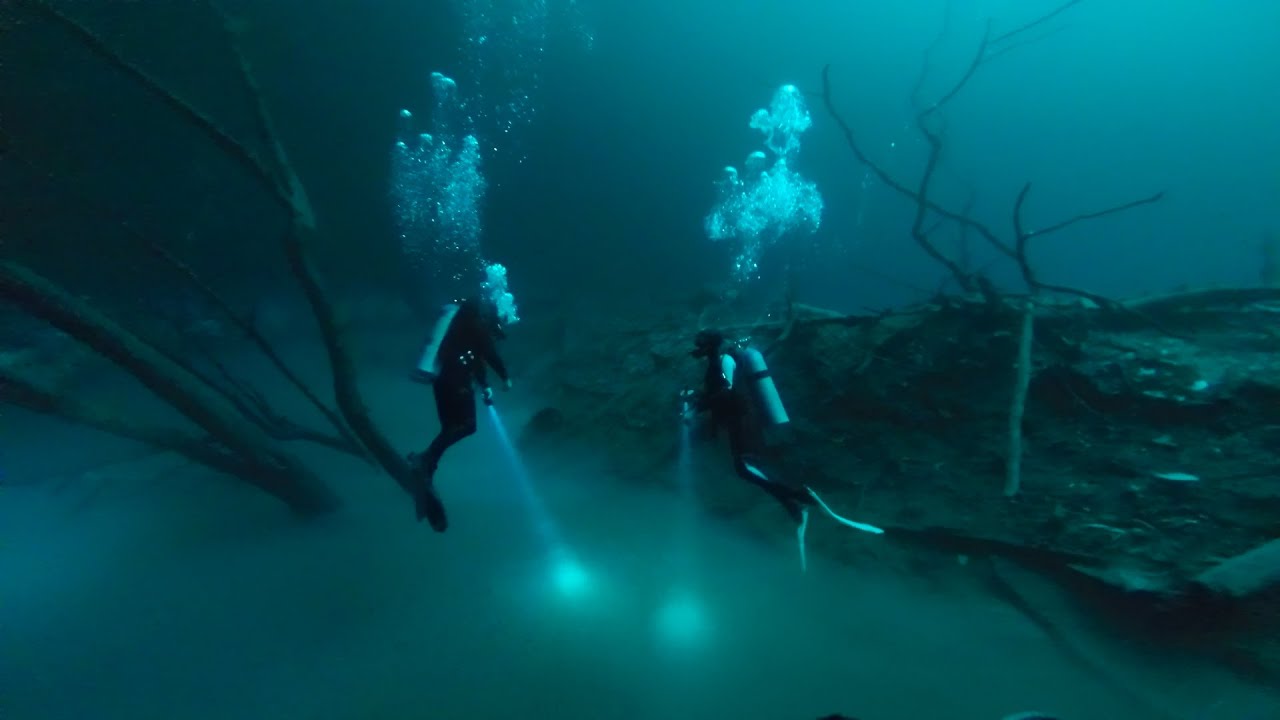 Kilsby’s Sinkhole is one of Australia’s prized diving caves. There are few caves in the world that are so structurally unique as Kilsby’s. The cave is in the most unassuming of places—the middle of a sheep farm. In fact, if you are not looking out for it you are likely to miss it altogether.

To access Kilsby’s Sinkhole, you need to descend a series of stairs until you hit the blue lagoon. Once there, you are free to dive as you please and explore its many underwater wonders. The water is crystal clear and surprising well lit, which makes it a great choice for entry-level cave divers. To discover more about Kilsby’s, visit their website here.

Orda Cave is an underwater diving cave located in the Russian Ural Mountains. The cave flows through an outcropping in the mountains and stretches for over three miles underground. It is one of the longest underwater caves on the planet, and it is the biggest gypsum cave in the world.

Since Orda Cave is loaded with scenic hotspots and well-lit environments, it is an excellent location for divers looking to photograph their adventure. In fact, divers have a visibility of nearly 50 meters, which makes Orda a choice location for even novice divers. We recommend Orda Cave for anyone in search of a beautiful cave diving expedition that is not too challenging.

Indian Springs is one of the crown jewels of North Florida’s cave system. Indian Springs is a spring pool that is 30 feet deep and nearly 200 feet in diameter. As such, it is a great low-risk adventure for those who are looking to just get their feet wet when it comes to cave diving. However, its gorgeous scenery makes it a prime destination for even veteran divers.

The spring is located near the headwaters of the Wakulla River and features many amenities. For example, the location has family-friendly attractions such as water slides, campgrounds, and observation decks. To book a tour of Indian Springs, and to see what the great state of Florida has to offer, check out their official touring website here.

In the island of Belize, the Great Blue Hole is one of their national treasures. Every year, countless scuba divers flood into Belize to explore the great wonder that is the Great Blue Hole. Aptly named, the Hole is a massive crater-formed salt water sinkhole that is lined with limestone and features 11 colossal caves within its vast cavern network.

The Great Blue Hole is a diving experience unlike any other. It is dark, remote, and uniquely challenging. It is not meant for inexperienced cave divers, as it is often considered one of the most difficult and dangerous diving caves the world has to offer. In fact, at lower depths, the Great Blue Hole is notorious for inducing nitrogen narcosis, which is a serious hazard for divers.

In Hawaii, a cave known as First Cathedral is situated a few miles southeast of Hulopoe Bay. The First Cathedral is famous for its massive underwater caverns and tunnels. It is also aesthetically unrivaled as part of its rock ceiling has caved in. Consequently, the cave features rays of beautiful light that peek through from the surface.

The Cathedral’s distinctive light beams may it a sight to behold. When underwater, it looks as if you are gazing into the stained-glass windows of a cathedral when the light peaks through. For its luscious coral and stunning natural seascapes, the FIrst Cathedral is an easy choice for those looking for the ultimate visual experience while cave diving.