Signs pointing the way to “the SCUBA diving capitol of the Southwest” might be unexpected in an arid region of New Mexico, but every year Blue Hole New Mexico issues thousands of diving permits. Divers are able to enjoy the astounding cobalt blue waters, the impressive degree of visibility underwater, and the opportunity to dive year-round.

What Is the Blue Hole in New Mexico?

Blue Hole New Mexico is a breathtaking blue lake located in the arid Santa Rosa area. Despite temperatures that climb over one hundred degrees in the summer and drop into single digits in winter, the pristine lake water of Blue Hole remains a steady sixty-two degrees. This remarkable lake draws SCUBA divers, swimmers, and many other visitors each year to enjoy the lake and surrounding areas. 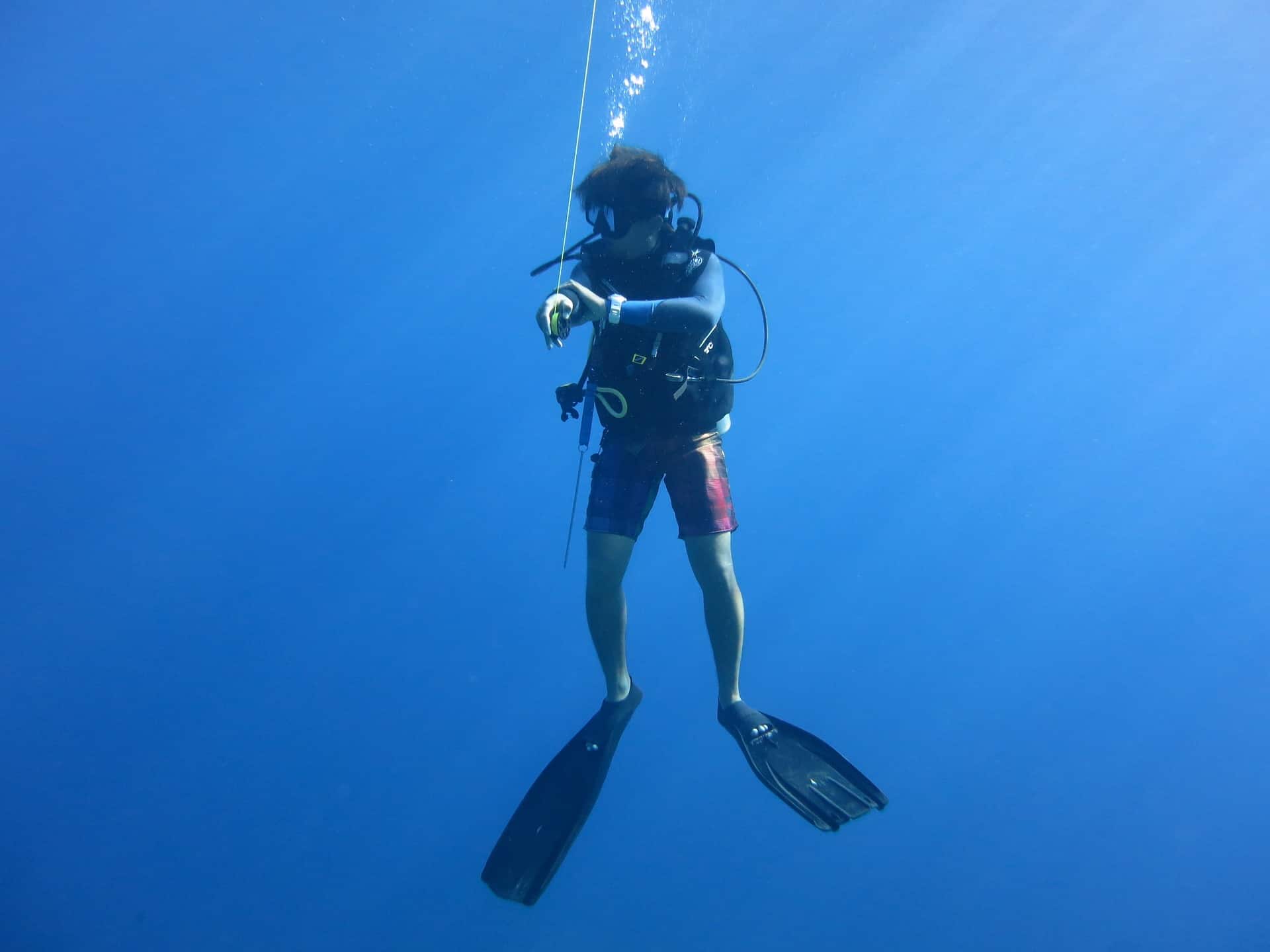 Image by Arhnue Tan from Pixabay

The lake itself is a cenote, or a sinkhole that forms as a result of collapsing limestone bedrock and reveals groundwater below. The artesian spring that feeds into Blue Hole New Mexico supplies roughly 3,000 gallons of water per minute, which is enough water to completely fill an Olympic-sized swimming pool every three hours. This constant inflow of water maintains an even temperature in the waters of Blue Hole, both in the sense that the water temperature remains a constant sixty-two degrees year round and in sense that there are no significant temperature gradients within the lake itself.

Cenotes are formed in areas where the pressure of standing water above ground interacts with erosion below ground, and the conditions of the area have formed other such sinkhole lakes. In addition to Blue Hole, Santa Rosa is home to six additional sinkhole lakes. All seven lakes share an underground water supply that is connected via a network of underground water-filled caverns. The other six lakes in this network are Hidden Lake, Twin Lakes, Perch Lake, Bass Lake, Swan or Post Lake, and Rock Lake. 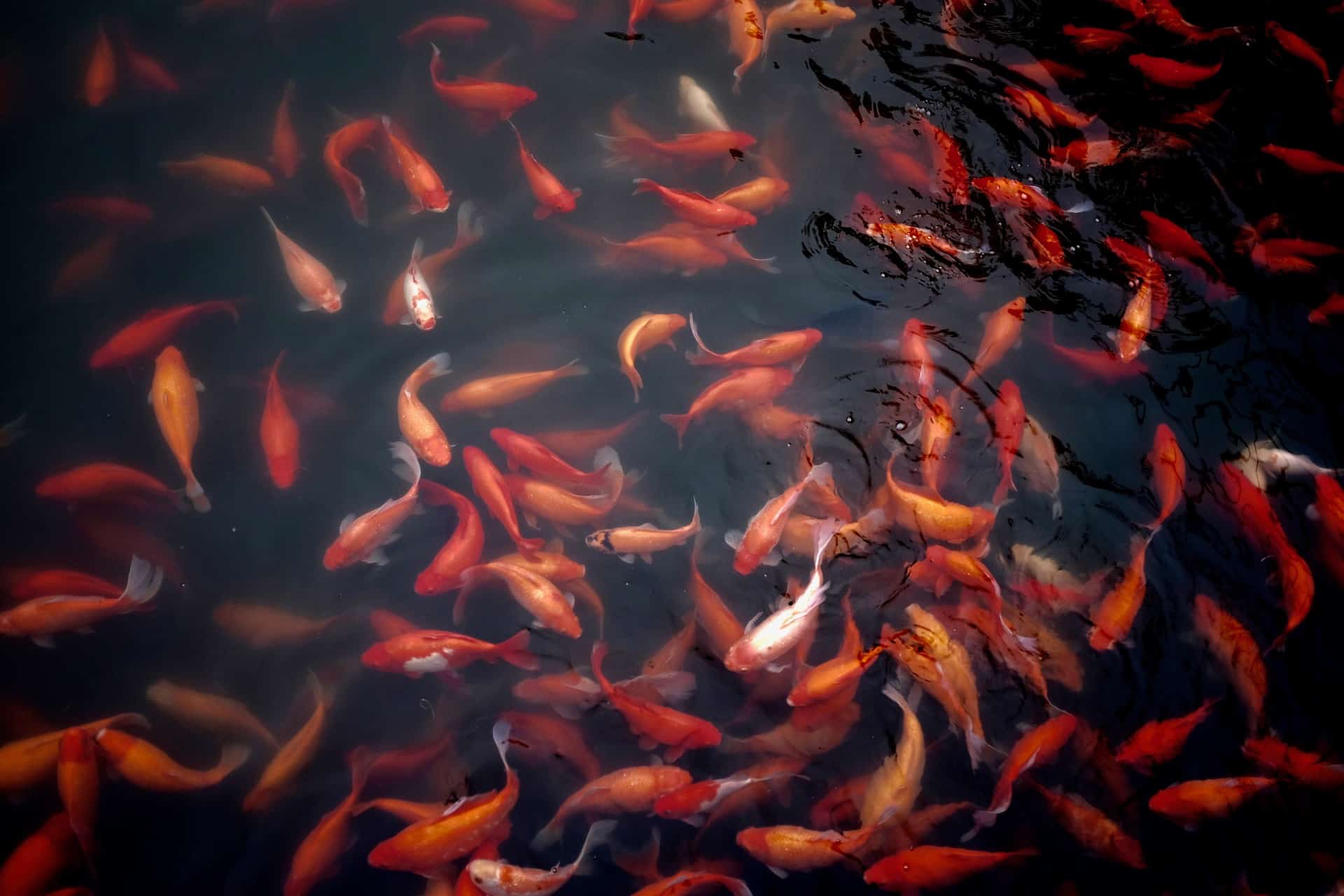 Image by StockSnap from Pixabay

Blue Hole New Mexico is an hourglass-shaped lake. The surface of the roughly circular lake is about eighty feet across, and underwater it reaches about a hundred and thirty feet across at its broadest. The hourglass lake is roughly eighty feet deep, but the full depth of the underground caverns to which it is connected is unknown. From information gathered on previous dives, the depth is known to be at least about two hundred feet, but divers have not yet measured beyond that point. Only the hourglass lake portion of Blue Hole is accessible to divers.

Those diving in Blue Hole New Mexico may catch glimpses of sunfish and goldfish in the lake. Entry to the lake is made either by means of a rock stairway with handrails or a concrete ramp. Swimmers have the option to jump into the lake from a ledge about twelve feet above the surface.

Blue Hole, and the system of collapsed sinkhole lakes that that Blue Hole is part of, were formed by water erosion. Estimates of when this occurred vary considerably, with some estimates indicating formation occurred 20,000 years ago and other estimates placing formation as far back as 300,000 years ago. The collapse occurred both in sudden significant drops of multiple feet per event and in smaller events that would go unnoticed by anyone present that accounted for a cumulative drop measured in inches per year.

For centuries, explorers and those who settled in the area have relied on Blue Hole as a source of water. Ten thousand years ago, when Palei-Indian tribes were hunting bison in this area and beginning to make their settlements near water sources, Blue Hole would have been a valuable source of water. The area surrounding Blue Hole New Mexico was home to the Anasazi, who would eventually become the Pueblo and Navajo tribes. Plains tribes, including the Commanche, Apache, and Ute, also came to live in the area as they were displaced by the expansion of United States territory.

Santa Rosa saw its first train arrive in 1901, and Blue Hole quickly became a favorite spot for railroad workers and passengers to swim. Starting around 1930, with the opening of Route 66, increased visibility to motorists brought increasing popularity to Blue Hole, and motels were built in the area. Though the section of Route 66 that once passed close by Blue Hole has been moved slightly northward, travelers on Route 66 still frequently stop in Santa Rosa to visit. In the 1930s, Blue Hole New Mexico became a fish hatchery.

In the 1970s, Blue Hole was transformed into the Blue Hole Recreation Area. The entrance to the underground caverns was sealed following the deaths of two divers in 1976. During the effort to recover the bodies of the divers, one member of the dive team reached a ledge at a depth of about two hundred feet. Shining his light, he was unable to see either the bottom or sides of the underwater cavern and indicated that it must be quite large.

The ADM Exploration Foundation received permission to enter and map the underground caverns. A 2013 expedition discovered that rock dumped onto the grate when the caverns were sealed, as well as silt, had blocked progress into the caverns. Scientific interest and general curiosity about the underwater caverns remains high, and the process to gain physical access to the caverns and map the caves may continue. There is speculation that the caverns may reach a depth of over three hundred feet. 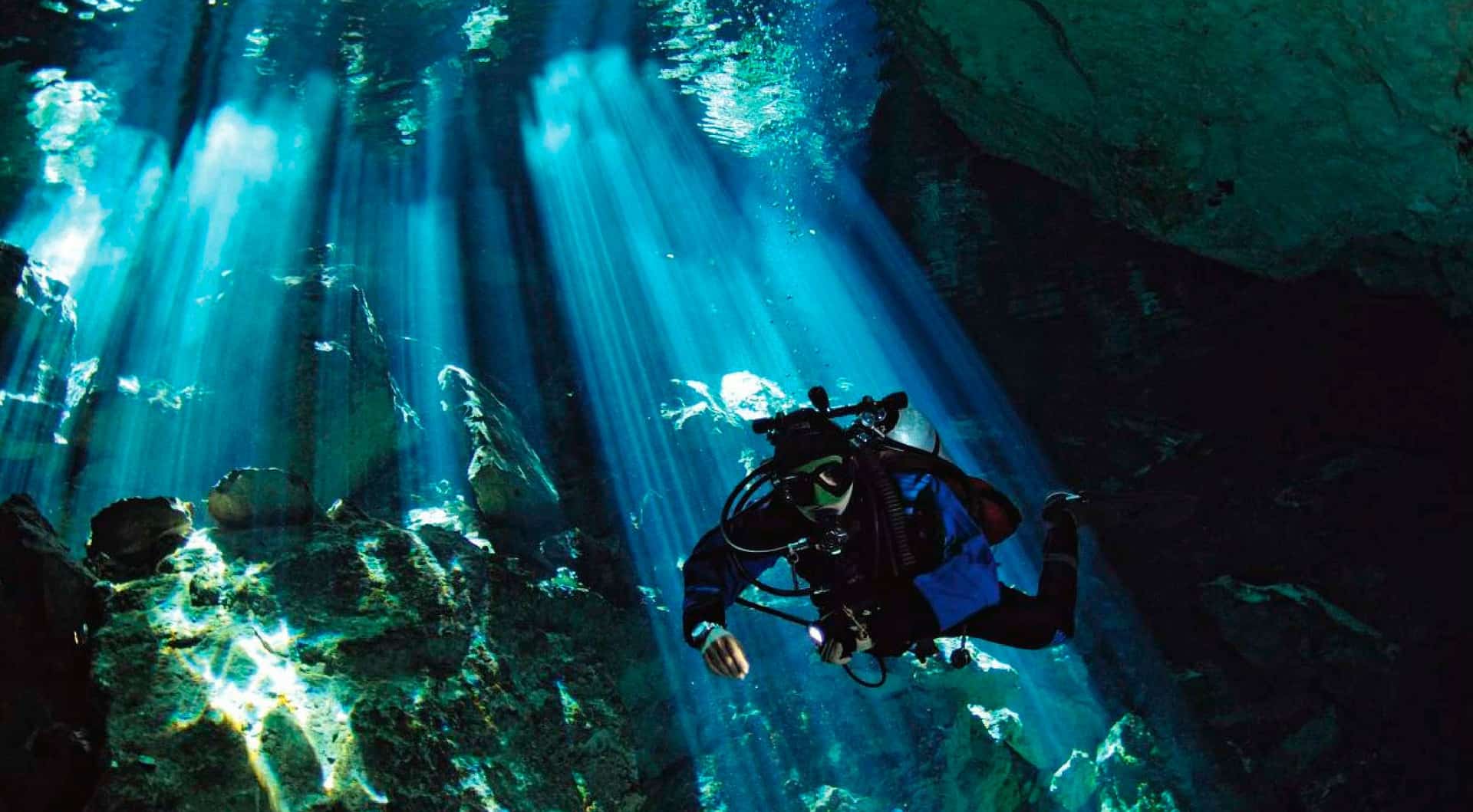 Image by jhovani_serralta from Pixabay

Through the course of its history, Blue Hole New Mexico has been visited by numerous well known historical figures, including Spanish conquistador and explorer Francisco Vásquez de Coronado and outlaw Billy the Kid. Today, visitors are typically SCUBA divers and swimmers, but the presence of the conference center also brings the attendees of weddings and corporate events to this stunning location. Those fortunate enough to travel to the area can experience the beauty of Blue Hole and experience the delightful Santa Rosa area surrounding it.

Blue Hole is an incredibly popular destination for SCUBA divers. About 8,000 permits are issued annually to SCUBA divers who are eager to dive in the remarkably clear waters of the so-called SCUBA capitol of the Southwest.

Amenities available to SCUBA divers at Blue Hole New Mexico include parking, diving gear rental, a warm room and showers, modern restroom facilities, and changing rooms. In the lake, divers will find three underwater platforms and a boat simulator on the lake surface. SCUBA certification courses are frequently offered at Blue Hole New Mexico, so those interested in learning to dive can do so in this magnificent location.

Before diving, you must fill out and sign your permit and your release form. This can be done either at the Blue Hole Center or the dive shop. Weekly and annual diving permits are available. Diving gear can be rented from the dive shop, which is open on weekends. During the week, dive shop services are available by appointment.

A Few Things to Keep in Mind

Because Blue Hole New Mexico sits at about 4,600 feet above sea level there are special considerations for diving at altitude, particularly as those driving out can reach elevations of up to 8,000 feet within a few hours. The Santa Rosa Diving Center does offer planning materials and dive tables to assist with planning a safe dive.

At sixty-two degrees, the water temperature is cool enough that a 7-mil wetsuit is considered to be the minimum adequate thermal protection. 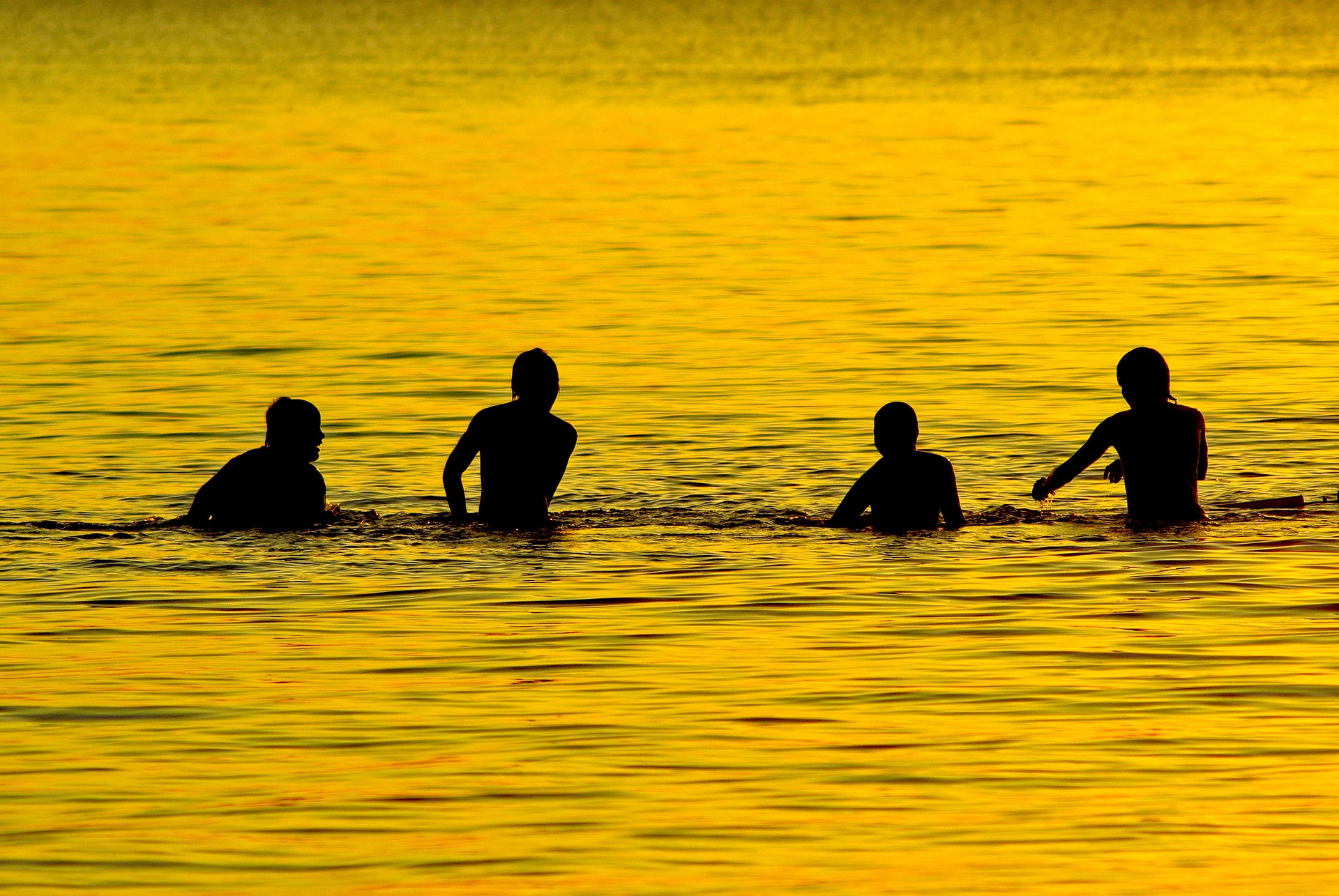 Image by Mike Goad from Pixabay

Swimming in Blue Hole New Mexico is free. Swimmers will need a permit and must observe the posted hours for swimming.

Blue Hole New Mexico is a fantastic destination for SCUBA divers. The brilliant cobalt blue water and remarkable hundred feet of visibility underwater make diving in Blue Hole spectacular. Because the underground spring that feeds into the lake pumps in over 3,000 gallons of water per minute, the lake remains at a steady temperature of about sixty-two degrees year-round. This stable temperature allows divers to enter the lake even in winter, which is the most popular diving season at Blue Hole.

Blue Hole is a naturally-occurring, hourglass-shaped lake that reaches a depth of about eight feet. The surface of the lake is roughly eighty feet across and the maximum width of the underground portion of the lake is about one hundred and thirty feet. Divers of all skill levels frequently make use of the lake and both introductory and advanced training courses are routinely given at Blue Hole. If you love diving, swimming, or just beautiful water, you can’t go wrong with a trip to Blue Hole.