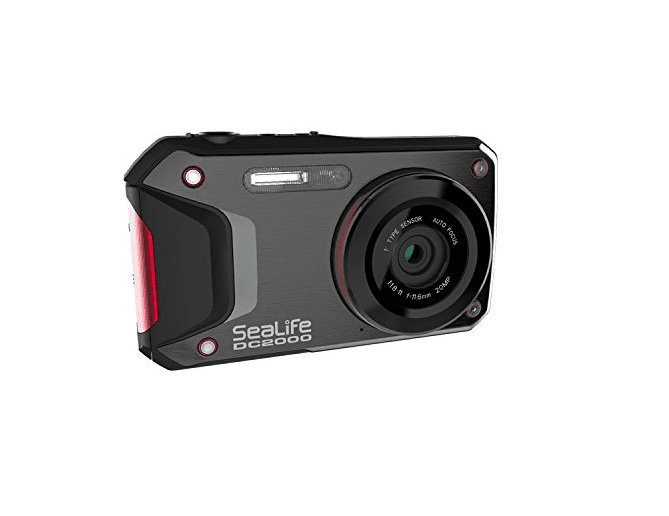 Dazzling colors burst into view as fish flit back and forth before your eyes. Majestic coral reefs loom ahead. The breathtaking scene demands to be captured. Do you have the right camera? The latest SeaLife Camera might be exactly what you need.

Underwater photography is booming and as a result, there has been a massive surge in cameras designed for divers. Technology is finally catching up to consumer demand.

The SeaLife camera is a durable entry into a crowded market. Underwater enthusiasts will appreciate the ability snap pictures on deep dives. The camera comes equipped with a fully-functional outer shell that can survive 200-foot plunges. The rugged, compact camera comes outfitted with an impressive one-inch, 20-megapixel image sensor. You don’t need to be an expert photographer to take crisp, high-quality pictures. 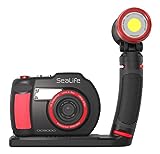 SeaLife has struggled to make a name for itself. The older camera models, some of which now discontinued, were never more than moderately popular. The brand was eclipsed by its competition.

Things are changing now. The DC2000 is a markedly better camera than SeaLife’s last offering, the DC1400. The shutter response has dropped to 0.1 seconds rather than 0.3. It might seem like a minor difference to someone who’s unfamiliar with photography, but experts will tell you that it’s a huge change. Wildlife creatures make poor models; they don’t sit still. You need a fast shutter speed if you want non-blurry action shots.

SeaLife made this camera built for heavy use. The thick, waterproof housing is capable of taking a few dings without being damaged. You don’t want to take a flimsy device underwater with you when you’re snorkeling or diving.

Photography buffs and diving fans will find a lot to be happy about with the DC2000. Marketed as being incredibly easy to use regardless of skill level or experience, this camera also includes controls that will satisfy people looking to take technically advanced pictures. You can allow the camera to do the hard work and use one of the many pre-set modes or you can rely on the manual mode.

The camera’s lens is narrower than some would like. It’s an 11.6mm/1.8 prime, creating a reasonable view field. The wide angle shots will be good enough for casual users, but experts should consider purchasing the Fisheye Wide Angle lens attachment. It’s not cheap, but it allows you to take spectacular shots.

The top features of the SeaLife camera are:

The thick outer shell is one of the reasons the DC2000 is such a great option. It allows divers to use the camera at great depths and adds an extra layer of protection against accidents. Almost all of the camera’s functions can be accessed while it’s encased in the housing. The buttons are large, clunky even, which means you won’t be fumbling around underwater whenever you try to switch modes.

The housing is bulky, but it’s still comfortable to hold. It fits comfortably in your hand and comes with a convenient wrist strap. If you keep the camera in manual mode, adjustments are very simple. You can change the settings with one hand. The only thing that might be inconvenient is changing the ISO. To do this, you’ll need to go to the settings menu.

If you decide to use the preset modes instead, nothing could be easier than changing it while keeping the housing on. You can adjust your settings based on the depth and color of the water. Getting a quality shot while snorkeling requires a different mode than getting the same shot on a deep dive.

You can find the standard model SeaLife DC2000 online and in store. Compared to other cameras in the same category, the price is extremely reasonable. It’s not cheap but you could easily spend thousands on a camera that’s functionally the same. There are less expensive options on the market, but you’ll have to sacrifice some of the quality.

The Olympus TG-5 is a trendy option and you can buy it on Amazon for several hundred dollars less than the SeaLife camera. However, it has a much smaller sensor and a weaker zoom. It also doesn’t include the underwater housing, limiting your ability to take deep water pictures.

A decent choice for those on a budget is the Panasonic DMC-TS30A LUMIX. You can buy it online for a fraction of the price you'll pay for a SeaLife camera and can satisfy your needs if you’re not too picky. However, it lacks the features that distinguish the SeaLife camera and is better for a novice or recreational photographer than an expert.

Compared to devices with similar features, the DC200 can hold its own. Its sensor is slightly smaller but it boasts many of the same attractions as the SeaLife camera. It also has interchangeable lenses. However, that feature comes with a heftier price tag.

Sealife hasn’t made the quite the splash that it wanted to. It doesn’t have the name recognition of Sony, Nikon, etc. There are multiple reasons why this is true. Part of it is just luck but part of it is because people weren’t particularly excited about the company’s previous offerings.

The most popular underwater camera manufacturers are:

So how does SeaLife compare? Online reviews indicate that the DC2000’s predecessor, the DC1400, failed to excite its intended audience. However, the DC2000 is definitely an improvement. The camera is very well-made and can capture awe-inspiring pictures.

Pros and Cons of the SeaLife DC2000

The SeaLife camera is a great device but it isn’t perfect.

Is a SeaLife Camera Right for You?

The DC2000 is the perfect camera for most of your underwater needs. Its design is compact yet durable, making it a reasonable choice even for the most adventurous divers. If you’re just looking to snap a few fun pictures, you can leave the housing behind and have fewer moving parts to deal with.

If you're new to diving or photography, you'll love how easy the camera is to use. It has multiple automatic modes that you can use instead of fiddling with a million buttons. However, the camera also has a fully-automatic option for those who want complete control over their images.