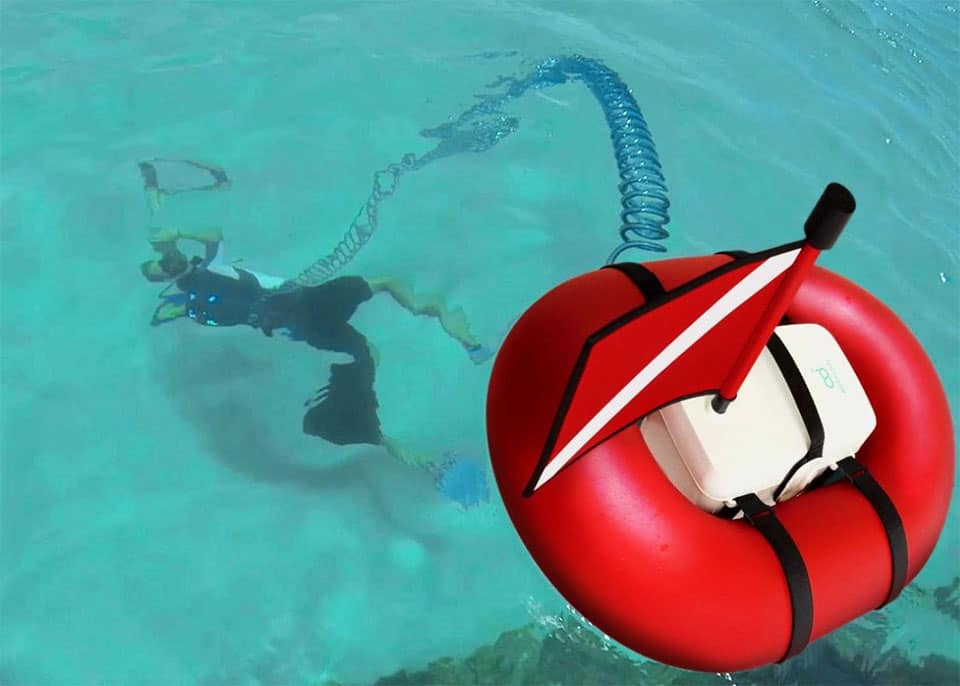 Diving gear has come a long way since the Aqua-Lung, and with new products like the highly-anticipated AirBuddy appearing on the market in 2019, it’s never been simpler to explore different equipment options. Whether you’re a PADI pro or a vacation SNUBA diver, companies all over the world are developing new technologies in tankless diving to create the best gear for divers at all abilities.

With all of these exciting new developments in diving technology, hugely successful crowdfunding projects on sites like Indiegogo and Kickstarter have shown that tankless diving is a phenomenon that is here to stay. The tankless diving movement is growing quickly in 2018. Equipment with a focus on minimal setup and portability can provide unique diving experiences to all those who love the sea. The market for it is rapidly expanding thanks to this increased interest.

What Is Tankless Diving?

No, it’s not a fancy way of saying holding your breath underwater (for the brave of heart, this is free-diving). Tankless diving, as well as Hookah and SNUBA diving, are often described as being halfway between traditional SCUBA diving and snorkeling. You don’t swim with a tank — instead, a mouthpiece connects you to a long hose reaching the surface. The hose connects to a small, stable inflatable raft that compresses the surface air.

Tankless diving has some serious advantages

Whatever model you decide to use, tankless diving doesn’t require much more equipment than snorkeling. You’ll need a mask, a harness securely connecting to your air supply, and weights. That’s much better for a quick change on the beach than the 10+ items you need for a scuba dive!

Plus, if you’re in warmer climes, there’s no wetsuit required. Of course, depending on what kind of beach it is, swimwear of some kind is advisable.

Tankless diving is so popular because it allows you to dive deeper than snorkeling — and for much longer. Tankless diving systems offer an average of about 25 minutes of diving. During that time, you can go as deep as 20 feet. However, newer products on the market are promising much more.

AirBuddy, a massively popular crowdfunding product due for release this year, works in a slightly different way that allows longer and deeper dives. The raft floating on the water’s surface contains a mechanism (powered by a rechargeable battery) that takes in atmospheric air and compresses it before sending it through a regulator to your mouthpiece. Unlike devices that store a limited amount of air, AirBuddy provides you with continuous air from the surface. This means it can offer double the dive-depth and duration of many other tankless systems. Airbuddy can go to a depth of just under 40 feet. The dive lasts for about 45 minutes.

Who Is Tankless Diving For?

The simplicity of tankless diving can appeal to the most professional of divers as well as hobbyists. The trend has been discussed at length on online forums and in diving communities around the world, with seasoned divers weighing in on the pros and cons of such technology every time a new product is released. It’s important to understand that products like AirBuddy aren’t looking to replace traditional diving. A maximum depth of 40 feet provides pros with an alternative to tanks in some situations. After all, there is often no need to dive deeper. Freshwater divers, night divers (or those braving generally colder waters), researchers and underwater photographers can get the diving experience they desire at 40 feet under without the hassle and cost of scuba diving.

Tankless diving also aims to make the incredible experience of underwater diving accessible to as many people as possible. It’s important that users are confident swimmers and are willing to learn as much about safe diving as they can. With some knowledge and skills, you do not require formal certifications to use the tankless diving equipment. This opens up possibilities for people with accessibility requirements, a smaller budget, or maybe just reluctance to take a full scuba diving course. It’s also perfect for backpackers and jet-setters. Many people don’t want to rent scuba equipment or carry it around on their travels — yet the AirBuddy weighs just 21 lbs, or 9.5 kg, and can go on airplanes.

How Do You Do It?

One of the biggest draws for tankless diving gear is its ease of use. This video provided by AirBuddy shows just how quickly you can get set up for a dive:

First, make sure the Airbuddy’s 12v battery has a full charge. Next, it’s just a case of putting on your harness, mask, and weights. Then you float the device on the top of the surface, beginning your dive. As you don’t have a tank attached to you under the water, you only need to check and adjust your buoyancy right at the beginning of your dive, using your weights. Then you’re free to dive for as long as the battery on your AirBuddy lasts. Usually, that’s about 45 minutes (plus a little reserve time) at full charge.

How do you know it’s working?

When you’re underwater, you’ll be able to continually hear the reassuring whirring of the air compressor and your breathing. The hose connecting you to your air supply is spiraled rather than straight, preventing it from tangling or being overstretched, even when diving with a friend using the same device (you can link the two together).

Other safety features include a removable switch that allows no one to turn your device off but you, a big reserve of spare air for emergencies, and a bright, highly visible flag on the surface device. The apparatus also sends you an alarm when it’s time to make your way to the surface. AirBuddy requires divers to ascend at a safe rate and perform a safety stop at the end of every dive. Once you’re back on dry land, you’ve got the option of diving straight back in if you have an additional battery. Otherwise, it takes around three and a half hours for it to recharge fully.

Giving Everyone the Opportunity to Dive

Whatever your reason for trying tankless diving, there’s no doubt that it provides amazing underwater experiences with ease. AirBuddy, an Australian brand, was developed after its creators realized that despite living on the beach, the effort involved to go scuba diving meant they didn’t dive nearly as much as they would have liked.

This isn’t an unusual story. AirBuddy’s success shows that many divers are looking for new ways to dive. Tankless diving allows them to use their skills without equipment restrictions. Products like AirBuddy also aren’t encouraging beginners to take risks in the water. As mentioned, those who are new to diving to should complete some training and dive with a certified diver.

Eighty percent of all life on our planet lives underwater, and tankless diving companies that have emerged this year hope to bring more people into the ocean to experience it. A certified diver whose family and friends aren’t qualified can finally show them what they’re missing. A backpacker can check in to their hostel in a new country and be diving within the hour. The resident of an area without nearby scuba rentals or personal gear can experience diving in their own coastal region. AirBuddy’s success with crowdfunding shows that there is a huge market for tankless diving gear, and 2018 is looking promising for the delivery of even more options. New diving experiences are more available than ever for the average consumer, and that’s great news.

Recommended Diving Gear For You