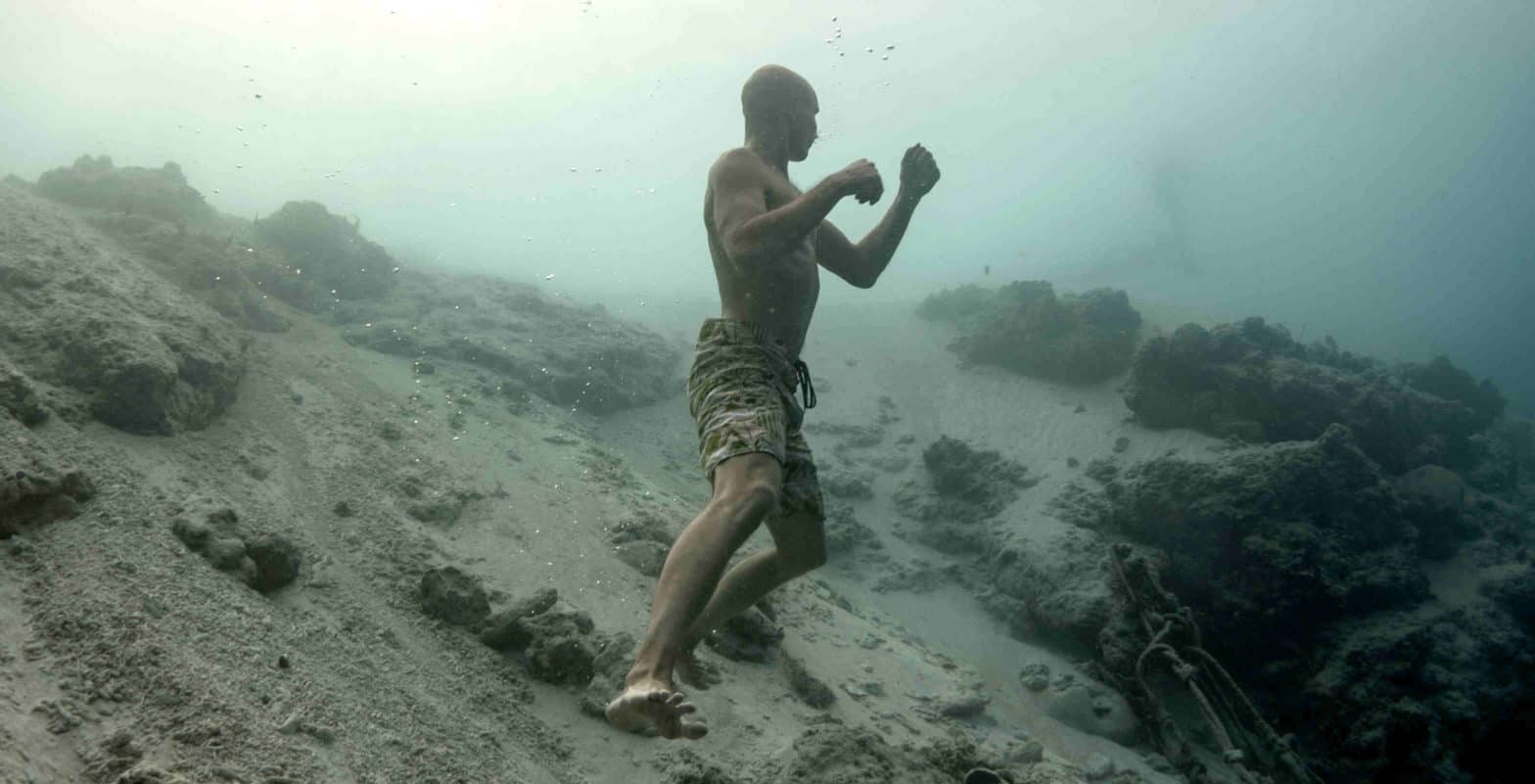 Anyone who has spent a considerable amount of diving probably wonders what it would be like to have the capability to dive into the depths of the ocean without any diving gear. While freediving is possible, it can be fatal simply because the human body isn’t designed to reach certain depths nor are we able to hold our breath.

Scientists recently discovered that through evolution, the Bajau of South-East Asia has the ability to free dive. Learn more about the Bajau people and their remarkable capabilities to fish underwater without diving gear.

If you’re new to the world of diving or have very little experience with scuba diving or snorkeling, you may not know much about freediving. Maybe you have only heard about the dangers of trying to plunge deep into the water without the right gear.

Freediving is often considered an extreme sport, and if done without proper training it can have deadly results. Why does it have the potential to be a harmful activity? Many people assume that the most significant problems occur as a diver descends deeper into the depths of the ocean.

Instead, more issues arise as the diver is ascending to the surface, while still holding their breath.

When a diver holds their breath, oxygen is used, and partial pressures of carbon dioxide begin to rise. When this occurs, the natural instinct to get to the surface for air as soon as possible kicks in, which is one of the most significant obstacles to overcome when freediving.

As a diver ascend, both oxygen and carbon dioxide drop and the diver can pass out from latent hypoxia syndrome (also known as “shallow water blackout”). While many divers are able to be revived when they are pulled to the surface, some freediving incidents have resulted in death.

How A Whole Population Has Evolved To Successfully Freedive

The Bajau people have lived on the water, in houseboats, throughout the southern Philippines, Indonesia, and Malaysia for more than one thousand years and their population is an estimated one million. The livelihood of the Bajau people revolves around the ocean and what lies in its depths.

Most Bajau divers spend more than half of their full eight-hour workday underwater. Whether they are spearfishing, harvesting sea cucumbers, or gathering black coral for handmade jewelry, Bajau divers dive in and out of the water, at various depths, and unassisted by any scuba or snorkel gear.

Where few trained freedivers could handle the daily dives, the Bajau people seem to control their time underwater effortlessly. How is this possible? After their somewhat magical ability to “breath” underwater, researchers and scientists started to pay attention to what makes this population so unique.

The Evolution Of A Bigger Spleen

When many of us think about the spleen, we might think, “Oh, that organ that serves no purpose?” While most people live a long and healthy life without a spleen, the four-inch long, fist-shaped organ that is located in the upper left part of abdomen actually has a function or two.

Without your spleen, your immune system may be compromised. When it works correctly and is healthy, the spleen filters blood by recycling old red blood cells and helps fight against various bacteria.

What do spleens have to do with the amazing freediving capabilities of the Bajau people? A spleen that is nearly 50 percent larger than people, who live nearby and on land. A larger spleen has a bigger supply of oxygenated red blood cells, which is beneficial in low-oxygen conditions such as frequent freediving; some people describe the spleen as a “biological scuba air tank.”

After comparing the ultrasound results (of spleen measurements) of 59 Bajau people and 34 people who live nearby and on land, researchers concluded that the spleens of the land-dwellers were half the size of the Bajau people.

When saliva samples were collected and analyzed to get a closer look at DNA, researchers found that the Bajau population had about two dozen genes that were different from people who lived nearby. When genes are deemed “unique,” they are more likely to change through natural selection (which is exactly what was happening in the Bajau population).

What may be even more intriguing (if not a little puzzling) is that Bajau people who don’t freedive also have similarly larger spleens, which goes to show that these “sea people” carry a gene variant for a larger spleen.

Although this relatively recent discovery gives us an in-depth look at how a population can adapt to their surroundings, this unique ability to handle freediving is not new.

Researchers believe that the Bajau people have been “harvesting” and fishing the waters since they first existed as a population. Their lifestyle hasn’t changed much, but their biological makeup has allowed them to continue doing what they know and love.

A History Of Freedivers With Amazing Abilities

While there’s a good chance that the earliest of the Bajau people didn’t have the same freediving abilities as today’s population, they must have succeeded enough to keep thriving as a population.

The Bajau people aren’t the only ones who have adapted and evolved to live in their environments. At one time or another, every generation of humans evolved just enough to continue to survive as the environments around us continued to change.

Tibetans and South Americans are just a few populations which have evolved over the years to live and thrive in high-altitudes where there’s less oxygen.

The Japanese Ama divers have some of the similar capabilities of the Bajau people. In 1990, researchers, who were interesting in their ability to free dive, discovered that the ama divers had spleens that contracted harder than normal (increasing blood oxygen to nearly 10 percent) during dives.

Who are the ama divers? Ama divers are exclusively women, and their freediving capabilities date back to about 5,000 years ago. These “women of the sea” dive into the sea and harvest everything from sea cucumbers to seaweed. Historically, and today, ama divers are always on the lookout for abalone.

Although ama divers have been around for thousands of years, they became popular shortly after WWII. Ama divers were considered “real-life” mermaids as they plunged to the depths of the sea, wearing nothing but a loincloth, a bandana on their head, and a diving mask.

Ama divers began to wear more clothes during their dives in the 1960’s and today; they wear a full wetsuit. While their diving uniforms have changed, their amazing capability to freedive for minutes at a time remains the same.

Much like the Bajau people, freediving is the only thing that the ama divers have known; many divers started out as young women and still dive well into their golden years. The amazing abilities of the ama divers still draw tourists every year, but the industry isn’t as popular as it used to be and today, only a few thousand divers remain.

Why Do We See Evolution in Bajau People and Not The Ama Divers?

Even though the spleens of ama divers have adapted somewhat to make them more efficient and safer freedivers, it doesn’t indicate that they have evolved in the same ways as the Bajau people. Maybe there are more similarities, but more research needs to be done.

While the ecotourism involving ama divers is slowly dwindling, it’s safe to say that the legacy of the Japanese divers may be lost after the last of the women pass on. We don’t know if the daughters of ama divers have the same abilities of their mothers, or the spleen’s ability to boost red blood cells more efficiently is part of genetics or merely after years of freediving every day.

While the women divers spend a few hours a day diving in the water, it’s just a fraction of the time that Bajau people spend in the water. Where the Bajau population only lives on the water, most ama divers probably enjoy life on land.

Although there are no clear explanations as for the differences between the ama divers and the Bajau people, we can only assume that living conditions may have a lot to do with the evolution of the enlarged spleen.

Despite the mysteries of two different types of people who have the ability to freedive as effortlessly as if they were part fish, we can say that their abilities are nothing short of amazing.