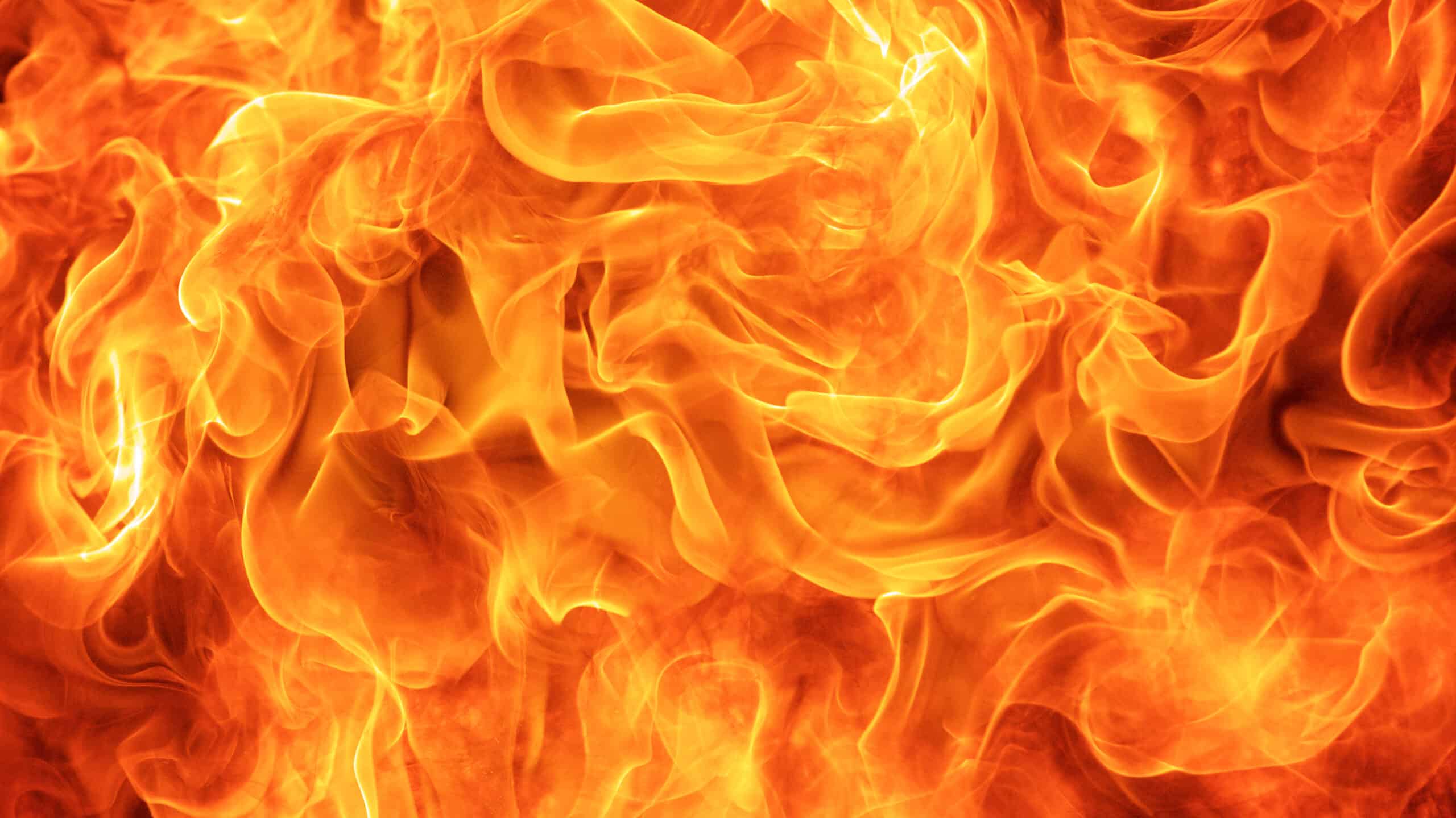 If that question keeps bothering you, you came to the right place. We know the feeling. Understandably, you’re deeply concerned about your safety. We know how daunting it is to imagine scuba tanks exploding during the dive.

You see, scuba tanks, for the most part, are not flammable. It’s very rare for them to blow up in flames. Despite that, some circumstances could trigger an explosion.

What’s Inside a Scuba Tank?

Many of us might be thinking that scuba tanks are filled only with oxygen. That’s simply not the case. Even on the surface, the air we inhale isn’t made of pure oxygen, but rather a combination of different gases.

The same goes for the air we breathe from scuba tanks

So, let’s have a look at the different gas mixes for diving and see whether they could cause scuba tanks to burst into flames.

Atmospheric air is the most common gas mix for scuba tanks. Just like the earth’s atmosphere, it’s made up of 78% nitrogen and 21% oxygen, while the remaining 1% is made of other gases.

Many prefer this setup because it’s safe and easy to use. You can dive as deep as 130 feet or 40 meters with this mixture.

To emphasize, nitrox has more oxygen and less nitrogen compared to atmospheric air mixture. This breathing gas is commonly used in liveaboard diving.

As the name suggests, trimix is a mixture of three elements, namely: nitrogen, oxygen, and helium.

Forty-four percent of this gas mix consists of nitrogen while 21% is made of oxygen and 35% helium. You can use trimix as deep as 197 feet or 60 meters.

A combination of oxygen and hydrogen, hydrox—as claimed by some— is the future of deep-sea diving. That’s because this gas mix can take divers as deep as 400 to 500 feet.

Even though this mixture is still in the experimental stage, some divers in the oil and energy industry have already used this mix for their infrastructure projects. While hydrox looks very promising, many are apprehensive about it because of its high flammability.

Now that we’ve learned what’s inside a scuba tank, let’s have a look at some of the possible causes of explosions.

Based on what we’ve seen about breathing gases, diving with hydrox scuba tanks could be very dangerous because of hydrogen. This element is actively flammable, so it could make scuba tanks explode.

While experts are saying that we can reduce the risk by adjusting the oxygen-hydrogen ratio,  hydrox-diving is still not for the untrained.

After all, people don’t need to go that deep just to have some fun. The risk-reward ratio is not worth it.

Without the use of proper cleaning methods, tanks can be contaminated. These contaminants could agitate the scuba tanks, which might lead to explosions. In other words, organic materials could act like detonators when mixed with oxygen.

Furthermore, some substances like silicon lubricants could also set the scuba cylinders on fire, especially if these tanks are met with force or impact.

While oxygen is not flammable, it could cause other things to burn. That’s what happened to Russel Vanhorn II after a scuba tank exploded in his hands.

Let’s check out some safety tips now that we’ve identified the possible causes that lead to a scuba tank igniting in flames.

We admit, it’s tempting to get deeper, especially if you’ve been diving for many years. However, if the breathing gas you need to further the adventure will only put you in harm’s way, we recommend that you choose a gas mix that’s less susceptible to catching fire.

However, if for some reason you need to use hydrox scuba tanks, you should seek training and assistance first from certified professionals. That way, they could optimize the level of oxygen and hydrogen in your scuba tanks.

Spend time researching and double-checking the service shops before you send your scuba tanks to them. Read some reviews and get feedback from other divers about their level of service and how they conduct their business.

Likewise, try to find out if the service crew were all professionally trained to handle delicate equipment.

Maintenance like cleaning, testing, painting, and zinc-coating should be done by a proven testing facility.

Properly storing your scuba tanks at home prevents them from accidentally falling to the floor. We’ve seen that impact could cause untoward incidents.

That said, let them sit on a well-constructed and sturdy rack. This fixture will not only keep your scuba tanks safe and secure, but it will also help you save space.

In addition, make sure that the rack is away from direct sunlight or any source of heat. Also, put the rack in a location that kids couldn’t access easily.

So, are scuba tanks flammable?

Out of the four gas mixes we talked about earlier, we learned that hydrox is the only one that’s highly flammable, and its high amount of hydrogen is to blame.

However, most divers don’t have to worry about this because they could simply stay away from hydrox. That’s because they can still enjoy the deep using other breathing gases.

While there are other causes for scuba tanks to ignite apart from hydrogen, we’ve seen that there are ways to prevent them. By choosing the right service shop and using suitable equipment to store your scuba tanks, you’ll rest assured that you and your family are safe!