Everything You Ever Wanted to Know About Wetsuit Material When hunting for a new wetsuit, we normally just choose the one that fits the best. But have you ever thought about the wetsuit material itself? The fabric that makes up your suit could be more important than you realize.

Of course, your wetsuit’s material can affect the fit, warmth, and flexibility of your suit. But choosing the wrong material can also have some negative side effects: allergic reactions, environmental damage, and more. Learning about the different types of wetsuit material currently on the market will help you make an informed purchase. Especially when shopping for your next suit.

Origins of the Wetsuit 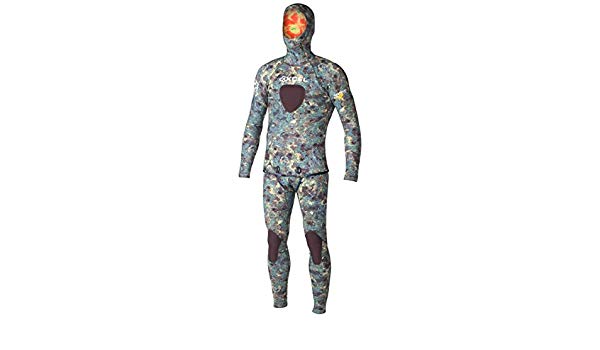 Today, many of us take the wetsuit for granted. Yet almost 70 years ago, this humble invention changed the way adventurous men and women were able to surf and dive in the ocean’s frigid water. While two different men claim the invention of the wetsuit, its inception was ultimately a result of extensive plastic research in World War II.

The first version of the modern wetsuit belonged to Italian military divers, who donned rubber suits to insulate their bodies from the cold water. These primitive suits, called Belloni dive suits after designer Lt. Angelo Belloni, were soon improved upon by the discovery of Neoprene.

In the 1950s, the use of Neoprene as a common wetsuit material emerged. Hugh Bradner, a physicist at UC Berkeley, worked with the U.S. Marine Corps and U.S. Navy to develop a better suit for their divers. Many believe the resultant garment was the first Neoprene wetsuit.

But, at almost the same time, another man was stumbling across the same discovery. Jack O’Neill, a California surfer, began designing and selling his Neoprene wetsuits to the growing Santa Cruz surf scene. While debate still exists over whether or not O’Neill was the true inventor of the Neoprene wetsuit, his company went on to become the world’s largest surf wetsuit brand in the world.

Despite the revolutionary discoveries of Bradner and O’Neill, Neoprene was far from the perfect wetsuit material. While Neoprene helped insulate the body from the cold water, it was easily torn, difficult to put on, and required a layer of talcum powder with each use.

As time went on, companies reinvented the wetsuit again and again. One of the most impactful improvements was in the actual construction of the wetsuit garment: a tailoring technique called blind stitching. Traditional garment construction meant puncturing countless holes through the wetsuit material while sewing it together. But blind stitching allowed wetsuit seamsters to stitch the garment together without completely puncturing through the wetsuit material. This greatly improved the garments’ insulation.

Concerning the actual wetsuit material, companies like Body Glove began experimenting with new wetsuit material in their products. Manufacturers started using nylon as a backing for traditional Neoprene suits, which solved many consumer complaints at the time. Spandex became a popular wetsuit material for warmer waters. And titanium woven into cold water suits increased their insulation properties. But most modern wetsuits still rely on Neoprene as their main material.

Neoprene: What Is It and How Does It Work?

Neoprene is a foamed synthetic rubber material, technically called polychloroprene. Several chemical reactions have to occur to create Neoprene, and scientists can tweak this process to form Neoprene with very specific properties.

Today, Neoprene has several applications: electrical insulation, automotive belts, personal electronic sleeves, sports therapy braces, and fashion. As a fabric, usually sold under the name “scuba knit,” Neoprene is typically used for lingerie, athletic wear, and swimwear. Neoprene is now a common material throughout our homes. And it has some unique physical properties that make it so versatile.

As a wetsuit material, Neoprene’s ability to insulate our bodies is what makes it so special. It’s a common misconception that wetsuits should keep us dry when submerged in water. It’s quite the opposite, in fact. Neoprene is a great wetsuit material because of its many small closed cells that allow water in, trapping it against our bodies. Our natural body heat then heats this trapped water. This creates a layer of warm water between us and the cold outside water. This same concept is what keeps us warm in a down winter coat or under several layers of blankets.

Is Neoprene safe for the environment?

Unfortunately, Neoprene is not all good. To create this wetsuit material, oil or limestone is extracted from the earth. Although limestone-based Neoprene is more sustainable to produce than oil-based, this process can still cause pollution, erosion, and other environmental damage. The actual act of creating Neoprene in a lab also uses immense amounts of energy, which we need to consider when looking at how eco-friendly this wetsuit material really is.

Also, like most plastic products, Neoprene is not biodegradable. Once discarded, wetsuits and other items made from Neoprene will just sit in a landfill for years to come. Thankfully, there are several ways to recycle and reuse Neoprene in new products. However, the best option is still to minimize the use of Neoprene in the first place. 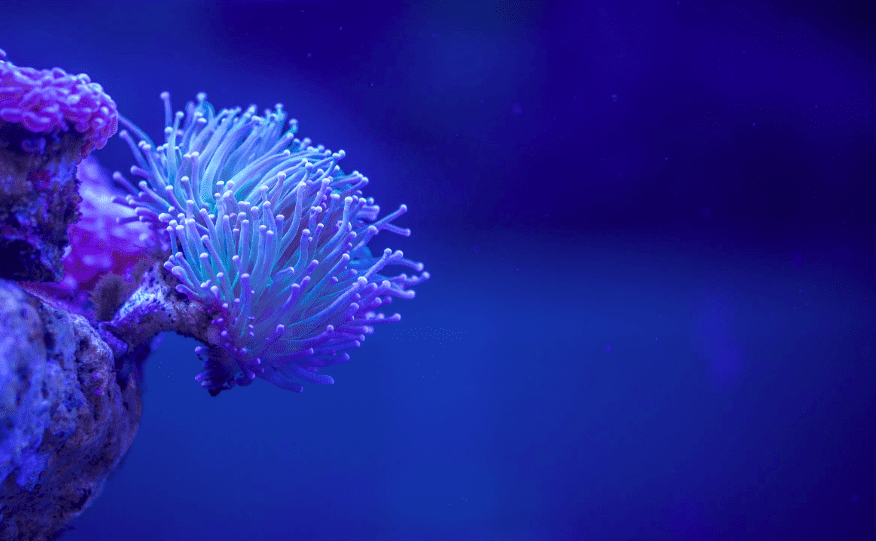 In addition to these environmental issues, Neoprene can also cause some physical problems for the wearer. Some people might experience allergic reactions to wetsuit material containing Neoprene, and the only solution is to discontinue wearing Neoprene altogether.

Due to the demand for eco-friendly and hypoallergenic options, several companies have emerged with alternatives to this wetsuit material. As better Neoprene alternatives enter the market, more consumers become aware of the problems associated with this material. We can expect wetsuits to continue to evolve and improve in the future.

This material was developed for Neoprene-style laptop sleeves and drink koozies, but the company and its products mysteriously disappeared shortly after being announced. This proposed replacement product never quite made it to the consumer market. But it sparked the creation of other eco-friendly alternatives to Neoprene.

Ariaprene started as a sustainable foam-core material for footwear, but quickly entered the sportswear industry as a replacement for Neoprene. This material uses a water-based process, making it eco-friendly. It also eliminates harsh chemicals for non-irritating, hypoallergenic performance material. This synthetic rubber is also claimed to be decomposable.

As a potential new wetsuit material, Ariaprene is extremely promising. It’s physical properties closely mimic that of Neoprene, including the insulating closed cells, flexibility, and compression. While Ariaprene hasn’t made a huge splash in the wetsuit industry at this time, it indicates a step in the right direction for ourselves and our planet.

Perhaps the best chance for a true Neoprene replacement is Patagonia’s Yulex. This material is a natural rubber made from sustainably grown hevea trees, Earth’s main source of rubber. Not only is Yulex a hypoallergenic wetsuit material, but its creation process is significantly less damaging to the environment compared to that of Neoprene.

Although natural rubber predates synthetic rubber, of which Neoprene was the first kind, it was a laborious process that damaged the surrounding forest. With today’s sustainable practices and ecological awareness, this process can now outperform the creation of synthetic rubbers.

How to Choose the Right Wetsuit Material

Whether you opt for an eco-friendly wetsuit or not, several factors go into choosing the right one. The most important of these are the wetsuit material’s thickness, style, and flexibility.

The thickness of any wetsuit material will change its insulation capabilities. Thicker wetsuit fabrics can trap more water within the material, creating a thicker layer of warmed water around the wearer’s body. Thinner wetsuits still provide some insulation, but not as much as their thicker counterparts. In addition to thicker wetsuit material, divers who are diving in colder waters should supplement their suit with gloves, booties, and a hood to protect their extremities from the low temperature.

There are several basic wetsuit styles, from full body to separate vests and shorts. Most divers choose a full-body wetsuit, which provides the most insulation and protection against the elements. However, divers who frequently venture into very warm waters might want to invest in a short-sleeved or legless suit. Separate pieces are normally reserved for surfers who aren’t spending much time submerged underwater.

Higher-end wetsuits will often have extra stretch included in key locations like the shoulders and knees. This special construction makes the suit more comfortable to wear without sacrificing insulation. While this feature isn’t a necessity, it might be worth investing in if you are an avid diver.

The Future of the Wetsuit Industry 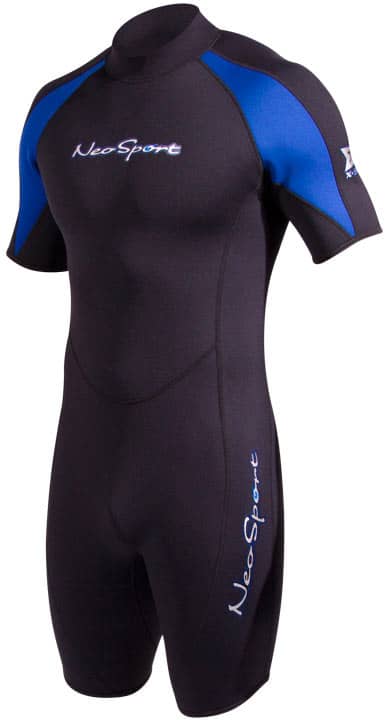 Whether you value comfort, insulation, or sustainability, the market has something for almost everyone. Patagonia’s Yulex might be the current leader in eco-friendly Neoprene alternatives, but other technologies will emerge in time. With a little work, we can look forward to a future. In fact, a future where we no longer rely on damaging materials like Neoprene to enjoy our planet’s rivers, lakes, and oceans.